If your fetish is sexy nymphs and luscious sprites wandering around magical groves and pure lakes, and on top of that you love puzzle games, here’s a pick for you: “Merge Nymphs”. This latest game made by Nutaku allows you to spend some sexy time with these magical creatures – and save their world!

You’re a powerful (shall we say potent?) magician destined to fight the evil spirits invading the planet and causing corruption. In order to reinvigorate the nymphs and help them fight evil, you’ll need to muster your brain and solve some puzzles. Complete more than 100 levels by awakening spirits and fighting opponents in tactical battles. It’s definitely not run-of-the mill persistent web browser game, as it offers much more – not to mention juicy scenes!

Unlike many typical browser games by Nutaku, this is not a gatcha type game, where you collect girls in random draws. Mostly they come from completing missions, and there are already hundred of those. There are also regularly held events that allow you to grab some better gear to get through harder missions.

Finally, we have a game with original ideas. At the heart, it’s a game where you need to “connect 3” or more items, but there are many spins on this idea. Your forest sprites can be “merged” with items such as vibrators or whips to produce sex magic needed to awaken other nymphs. Sometimes it’s not clear what you need to do, but there is a help button to give you tips for each stage. You can also restart the stage without penalties. 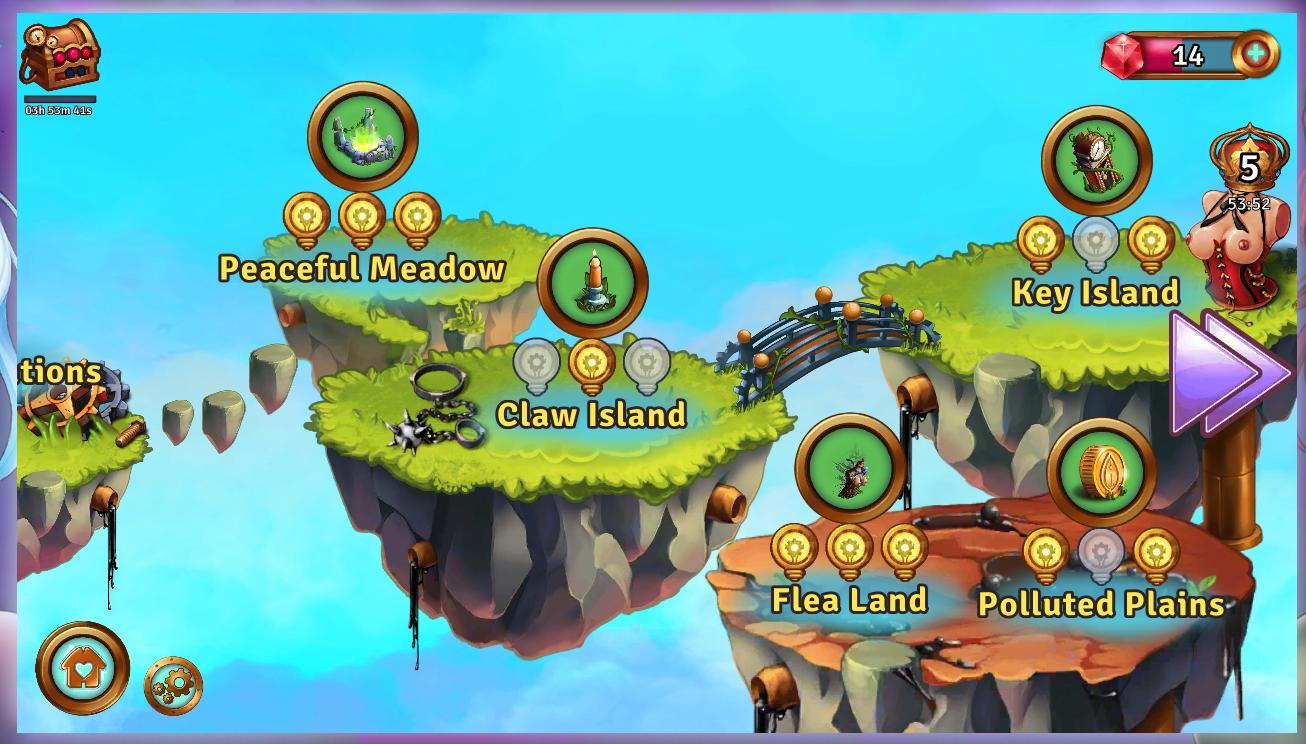 There are lots of levels to play – you won’t be bored!

Tutorial will guide you through the first missions of the game. And if you don’t know what to do next, tap the titties to get some wise advice. 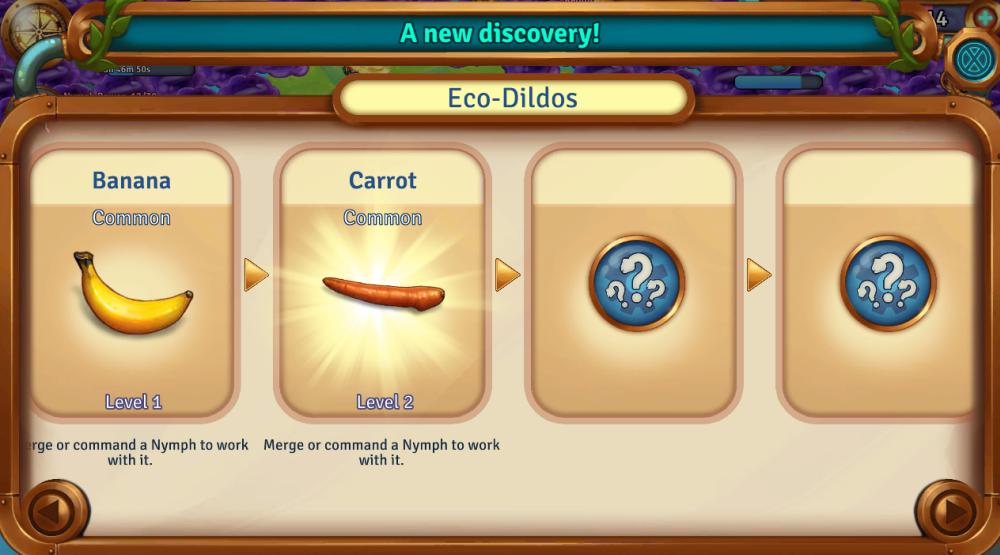 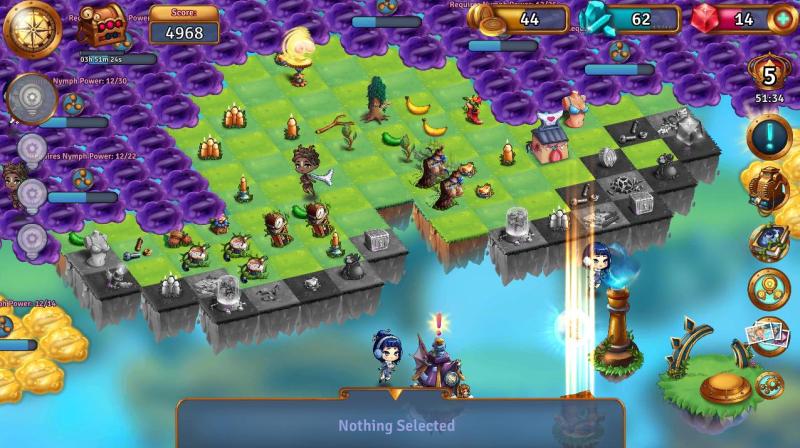 There’s also overland persistent level, where you upgrade your kingdom and fight the pollution in a form of black clouds.

Stages can be completed in a few ways and there are secondary objectives to complete to get more gear and EXP.

There is also wandering merchant that peddle wares. Visit her often as she holds interesting treasures that are hard to obtain otherwise. 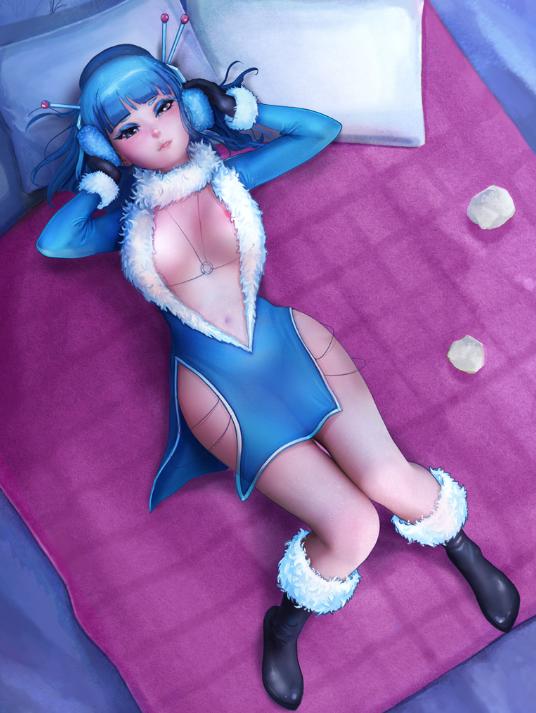 Fancy some winter nymph? She can be yours…

Scenes are presented in visual novel style. More eager to please you nymphs are unlockable through completing quests and cleaning up your world from pollution. And if you’re  impatient, you can always buy some ruby for real cash, however rubies are not exclusive to microtransaction and can be obtained at a slow rate while grinding.

Go play it for free online. See if you can save the kingdom from pollution – mingling with some hot nymphs on the way!