Save the kingdom, get the girls

The gist of the story is that you’re an ordinary guy from our world that gets transformed to a fantasy world where girls fight beasts to protect their kingdom. Obviously, the ladies – including sexy queen – treat you as a savior, though at first you’re regarded as a simpleton who knows nothing about good manners and how to behave yourself around women. Nothing original, I know! This trope has been used like a thousand times in anime and mangas, so the story might not be too original, but it’s immersive and VN scenes are lenghty. 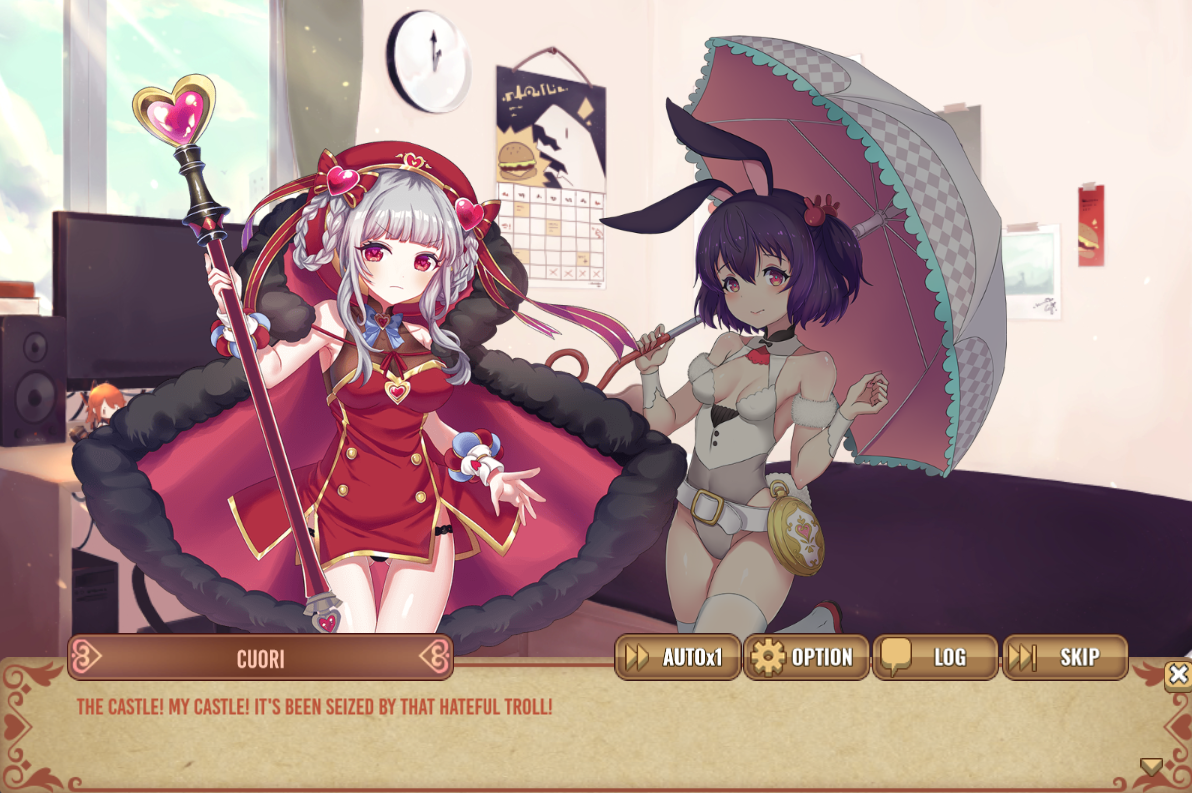 At some point, you even come back to your world with a girls.

Scenes are presented in a typical Visual Novel manner, depicting main story and side stories of each girl. New girls can be obtained via quests, loot and gachas and since it’s an online game, we will surely get more and more content in time. 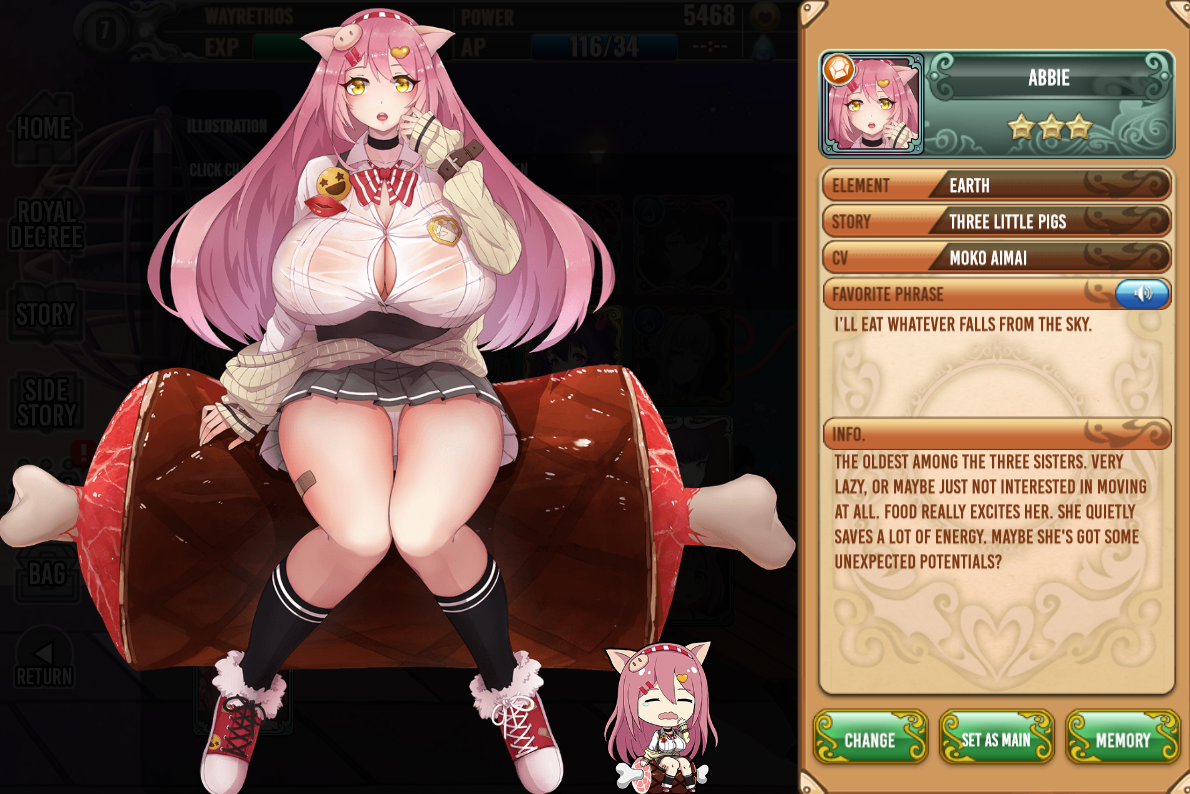 THICC! There are more than 25 peculiar girls to collect.

Battles are conducted automatically, with characters and enemies taking turns according to initiative, and the success depends on how powerful your team is, but also on it’s composition. Unlike Chick Wars you don’t get to choose which enemy to attack or when to use special power – fights are on autopilot. There are 5 elements that work against each other,  Pokemon-style, so when fighting monsters with fire affinity, you should pick girls that are attuned to water, so she would dish bigger damage and so on. 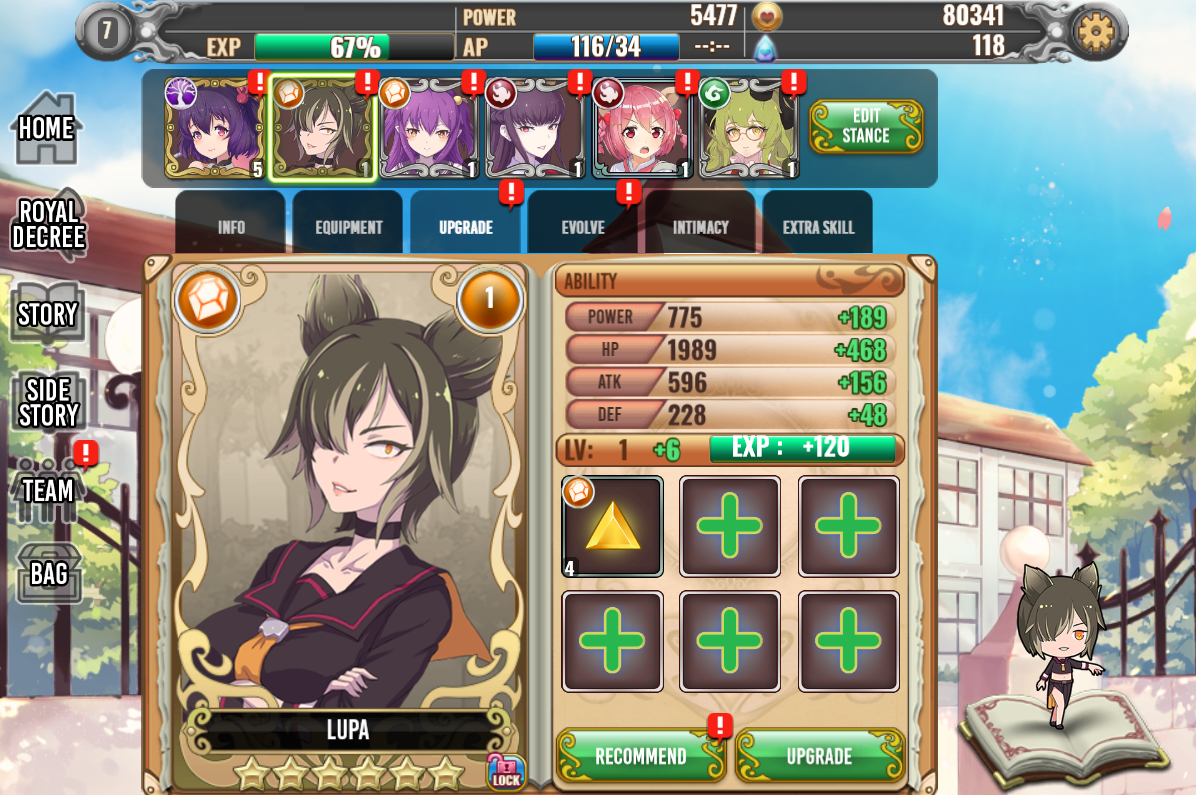 Party options are extensive and upgrading girls with magical stones is one way to gain more power.

Girls also can augment each other, heal and perform combos, so if you’re feeling some fights are too hard, switch to different party. On top of that, you can equip items and duplicate girl cards can be refined or used to level up existing girls. Equipment can be upgraded too. 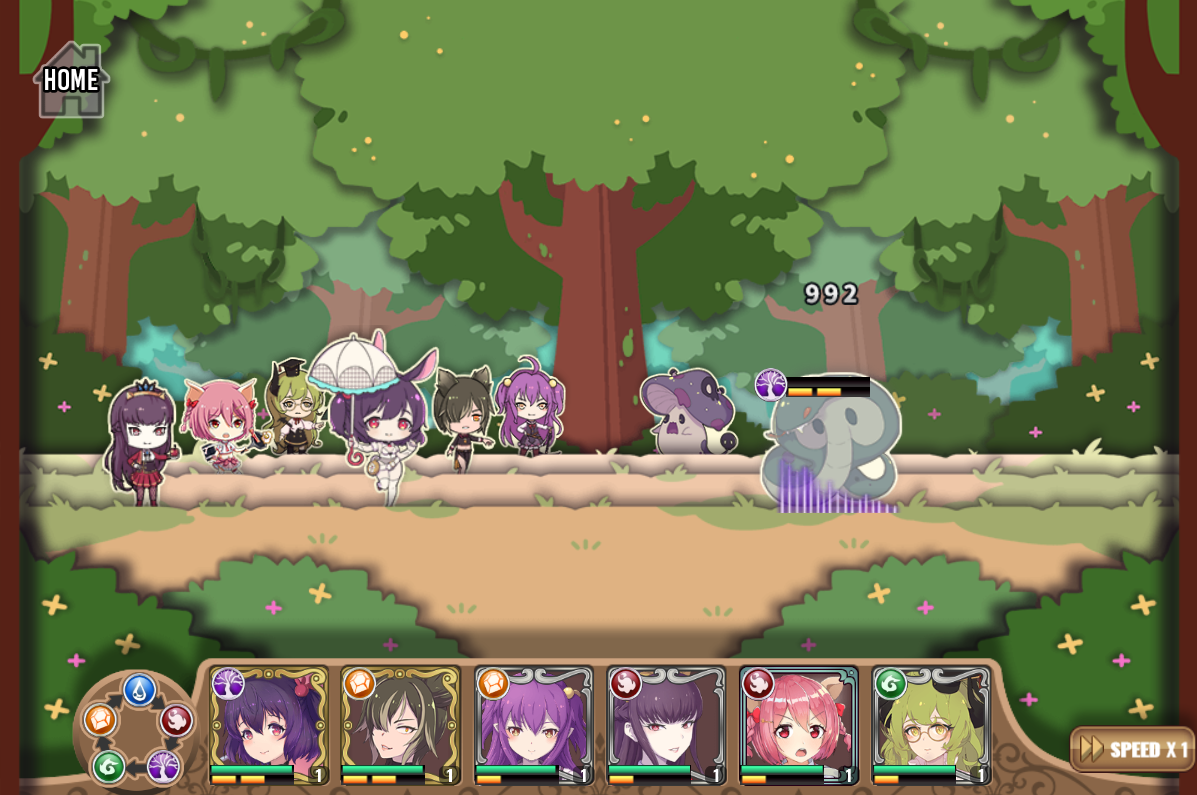 Battle scene. There are random battles, quest battles, special battles and even PVP offline battles where you pit your team agains other players ladies. 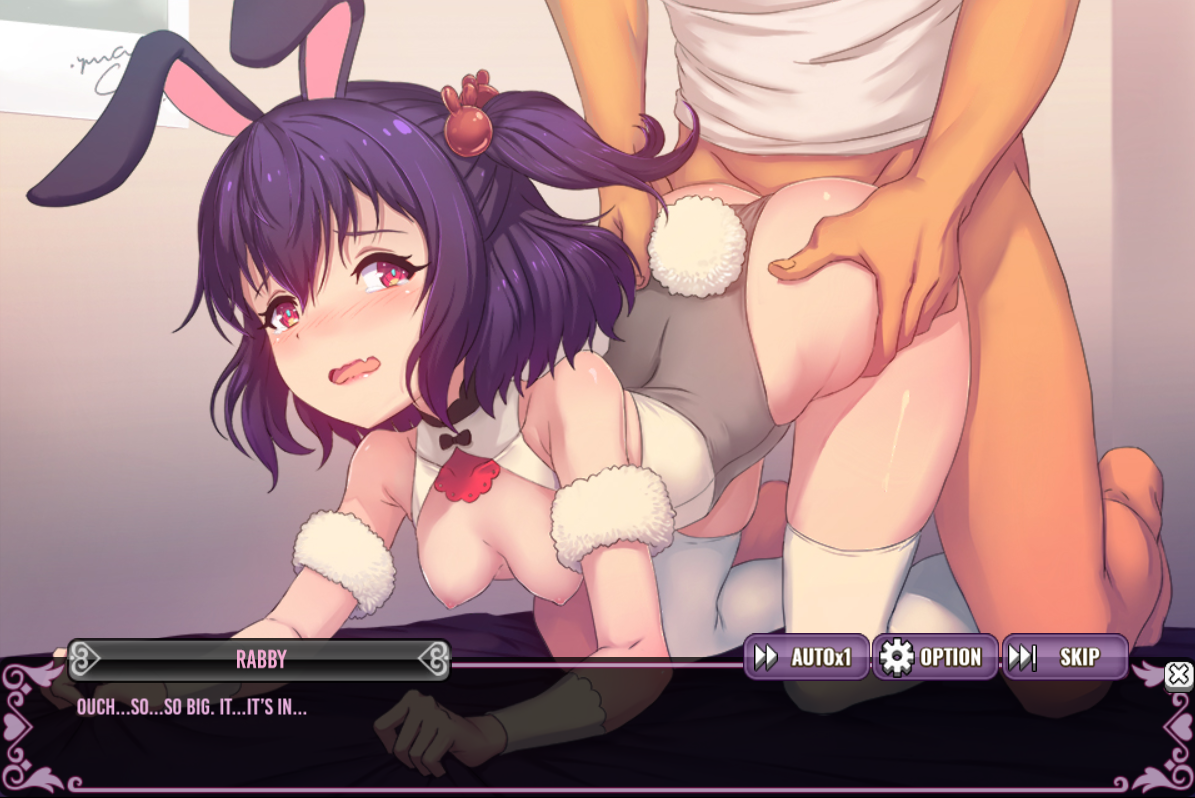 Be gentle with little Rabby!

One thing that you’ll like in this game is that it’s voiced by several anime star Seiyuus (voice actresses) and it’s done very well, so not only all dialogues are voiced, but sex scenes too. This means you’ll get the whole repertoire of sexy moans and cries during your fun time ith girls. Arousing!

Why should you play it?