Are sexy giantess’ your fetish? Read on then.

As this is online game, saves are made in cloud, so you will always go back to the last point, without need to save manually. And in fact, as a clicker, this game plays itself even while you’re away! You’ll be able to pick new companions – wizards, warriors and rogues that will passively attack monsters. 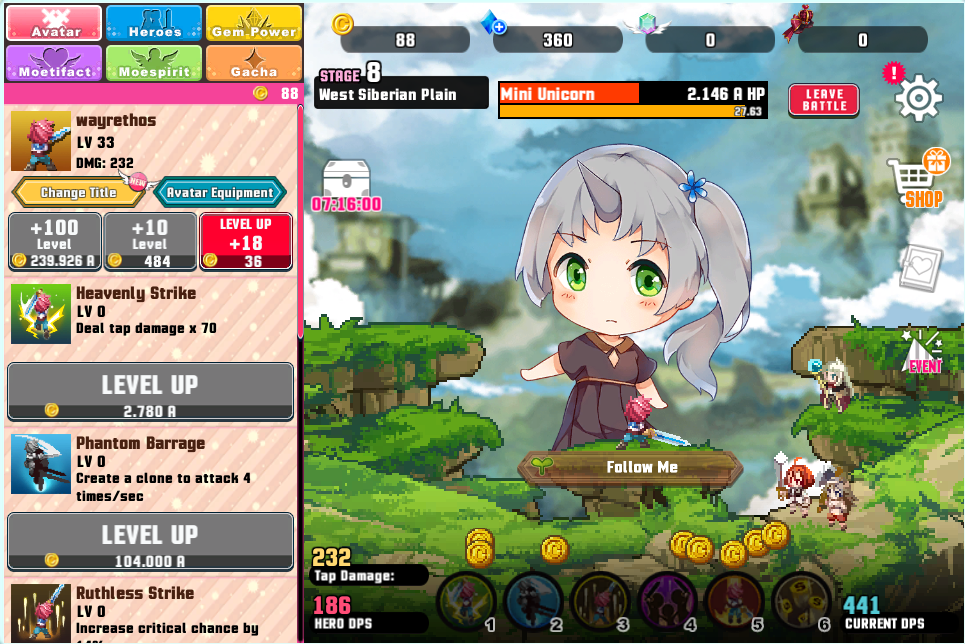 You have full arsenal to grind it up and unlocking new stages, beating bosses, and of course – making out with captured moe-tans.

You can power up your avatar, which get’s you stronger strikes or even get special abilities, that will create your clone or improve your critical chance.

Then you can get moespiritis, that are various companions, who attack monsters passively, even when you’re away.

Third, there is equipment, typically obtained at random in gachas and that consists of magical swords, pendants and bracers. 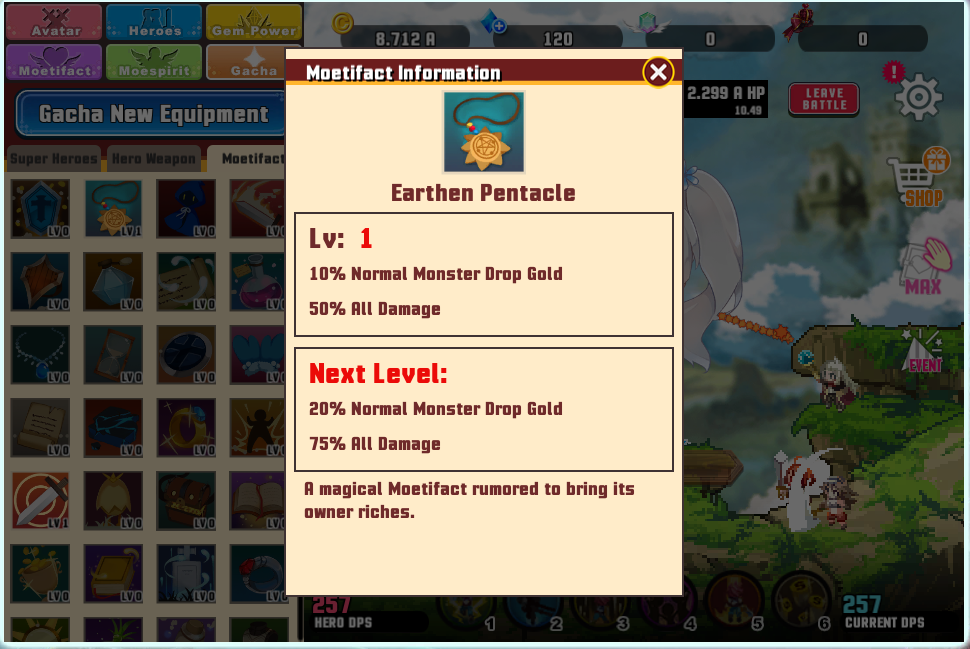 There are 3 kinds of currency (or more, if there is some event). Two of them can be earned by beating enemies and completing missions, while third can be obtained only by paying real cash. Everything can be unlocked through grinding, but if you want faster development, you can of course shell some money – a usual feature in basically every clicker.

Boss fights are more difficult than common fights as they have timer, but once you beat the boss, you’ll unlock new girls in “moe-pedia”. Everything is “moe” in this game! 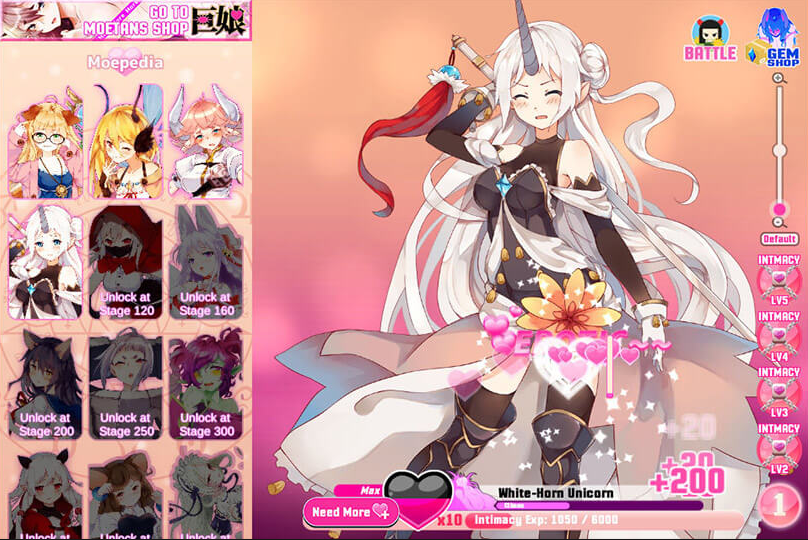 There are few dozens of girls to unlock, and by boosting your intimacy level you’ll be able to persuade moe-tans to shed some clothes.

Why should you play it?

Attack on Moe-H is available for free, with microtransactions for faster leveling and gachas, so go and see if you can beat this moe-tans. Recommended for clicker fans!